Watch us on the news! As reported by VOA's Calla Yu

SILICON VALLEY, CALIFORNIA -
A few months ago a Silicon Valley advertising nanny ad caused concern - the highest annual salary of 130,000 US dollars, requiring graduation, fluent in two languages. Whether this is true or not, as people speculate, that it was made by Zuckerberg family, the founder of Facebook. People can not help but sigh about Silicon Valley elite's requirements for early childhood education. However, this is only a small number of cases. Under the high cost of living in Silicon Valley, early childhood education has become a problem for many families. Three Silicon Valley mothers have tried to change the status quo through technology.

San Mateo in Silicon Valley, California, is one of the richest 10% counties in the nation, but still faces the challenge of early childhood education. Kitty Lopez, executive director of the First 5 San Mateo County, told reporters that nearly half of San Mateo County students do not have the reading ability.

Several studies have shown that 90% of children's brain development is completed before the age of five, and education during this period is crucial for children's cognitive and emotional development. Lopez told reporters that "the preschool education needs of 11,000 children in San Mateo County can not be met, accounting for about 32% of total demand."

First Five California, under the California Government, is committed to improving the education and health of children under five. Currently, it is helping the government to expand and add daycare centers. However, it still faces land prices and high rent costs. How to make more effective use of existing facilities and how to save the expenses of early childhood education for families? Three mom in Silicon Valley use technology to change the status quo.

Co-founders include a PhD in mass communications (Yukari Schneider), a daycare teacher (Kim Au-Yeung) and a former Googler and Facebooker (Anne Behzadi)— these young moms feel the pressure of parenting. According to a survey by the New America think tank, the average cost of education for children up to the age of 5 in the United States is an average of $ 9,589 per year, higher than that of state universities. This situation is more serious in Silicon Valley.

Schneider shared her parenting experience. She said: "My in-laws came to see us when my son was at a daycare center, and during that time he did not go to the daycare center, but we still had to pay a full month's tuition, nearly two thousand dollars, and most young families just don't have those funds to spare."

Behzadi also has trouble finding the right daycare services. She said, "Sometimes the daycare services I use are unreliable, and it's very difficult to find alternative services, so I have to cancel the meeting, cancel clinic appointments and so on because no one can help me to look after my child."

Au-Yeung said she was lucky, her parents can help care for her children, but can not sit back and relax. "Like now, my parents are on vacation," she said. "I thought, what should I do?"

Often there are quite a few temporary vacancies in daycare centers, and Roovillage helps parents find flexible and reliable daycare services while daycare centers can make more efficient use of resources.

Linh Tran, head of a daycare and preschool called Little Builders, told reporters: "They filled us in. During the holidays, we had some space for one day and it was hard for ourselves to find parents who needed a daycare only for one day. They have helped us in this regard."

Behzadi said that at present, Roovillage platform has a thousand vacancies each month, the lowest price as long as 5 US dollars per hour.

Schneider said that in the future Roovillage doesn't want to be limited to providing temporary services, but also hopes to help parents find more suitable long-term daycare services, and give families the chance try different daycare centers. In this way, parents from the child's personal experience, can choose a daycare center that is suitable for children.

Roovillage was founded recently and have daycares starting from San Francisco Bay Area to San Jose. They have plans to expand to through the United States to the East Coast. Just as the concept of "Kangaroo Village" wants to convey, nurturing a child requires a community effort. Faced with the plight of early childhood education, the three Silicon Valley moms cannot change the pressure of high prices, income inequality or shortage of resources, but they have their own answers with the technology within reach.

Publication note: The original news story was published by VOA on December 30, 2017.  This story was reported by Calla Yu. 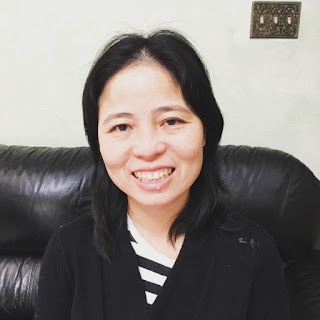 Learn More about Roovillage from the Silicon Valley Business Journal